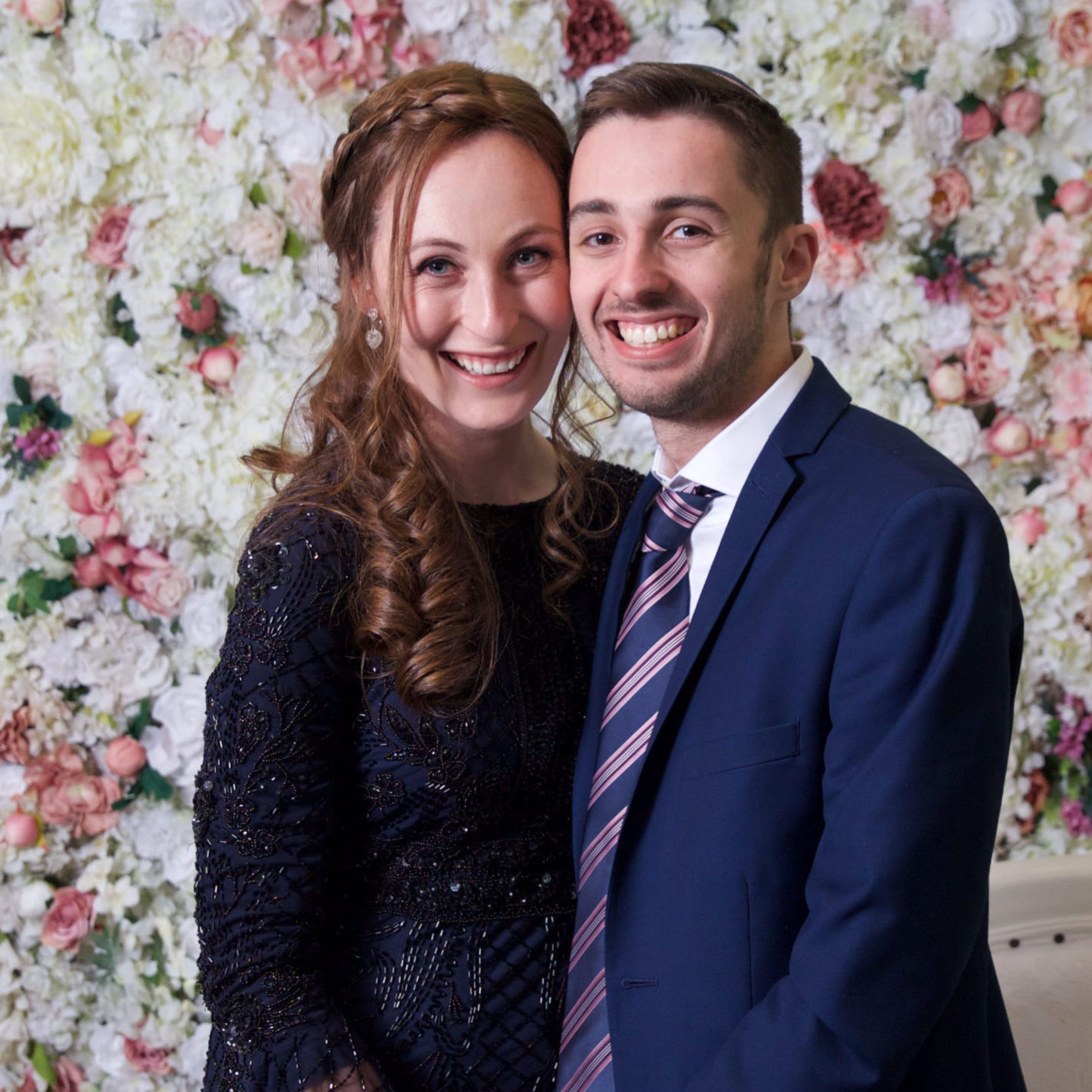 Luis spent his early days in Mill Hill and attended Matilda Marks Kennedy primary school before moving to Edgware where he went to Hasmonean High School. Luis then learnt in Yeshivat Netiv Aryeh for 2 years. Upon returning back to London after Yeshiva, he studied Music at City University whilst returning to Mill Hill, this time as youth director. It was here that he found his passion for youth work and community. Whilst in London, Luis performed at many Simchas and also enjoyed bringing his musical passion into his youth work (you might remember that annoyingly catchy ‘Mill Hill Shabbat UK’ song!).

Jodie was brought up in Bushey and went to the Royal Masonic School for Girls. She then spent her gap year learning in Israel in Midreshet Tehillah, followed by her degree in Psychology at City University. During her time in London, Jodie worked as the Informal Educator in Immanuel College, as well as at Tribe and Aish.

It was Tribe’s winter camp which bought Jodie and Luis together, after which they got married and continued to work in Mill Hill. Jodie and Luis now live in Jerusalem and are training to become future community leaders as part of the Mizrachi UK Fellowships programme whilst also working as part of the Tribe Israel team.