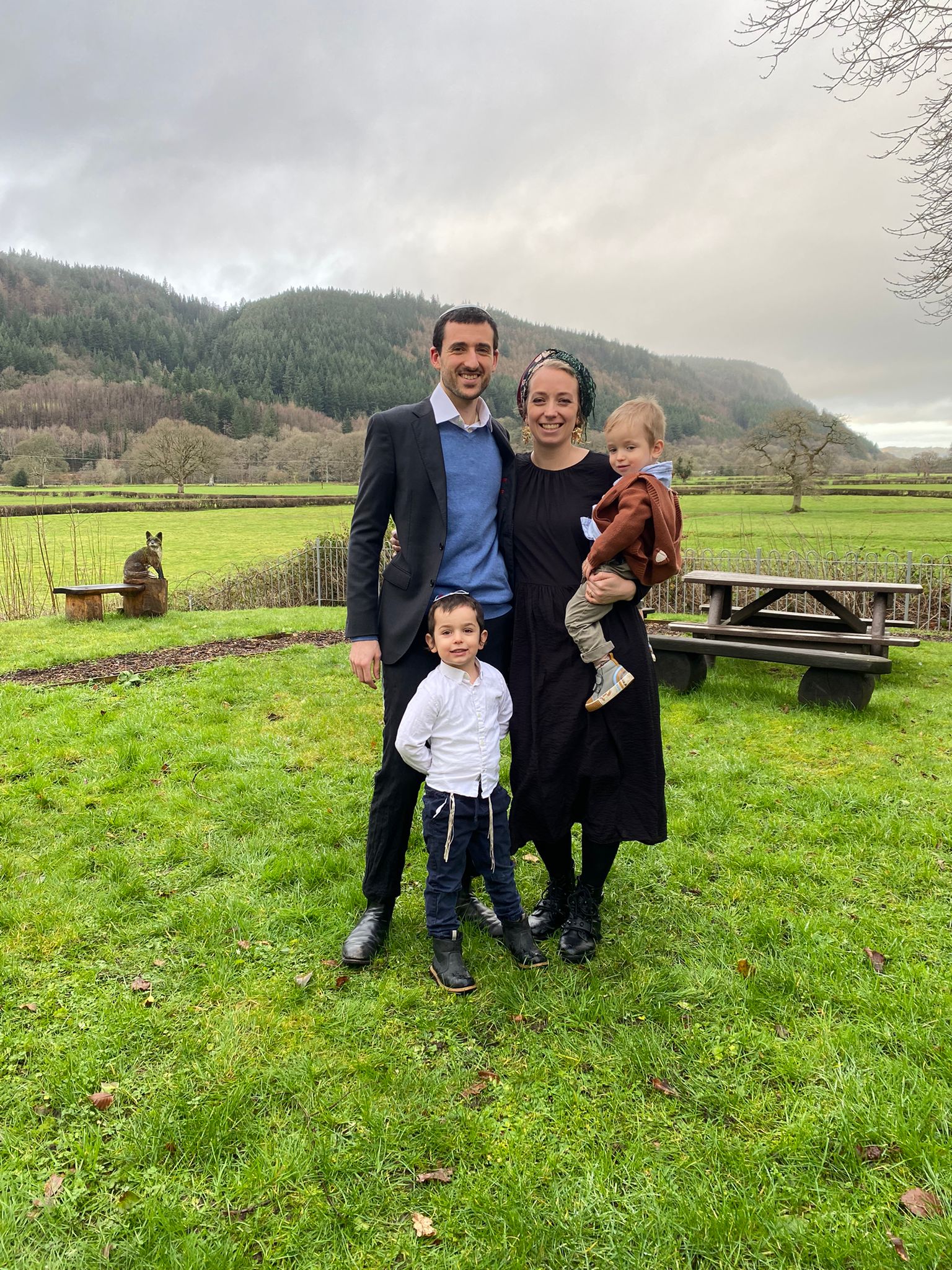 Rav Elad grew up in Sydney, and made Aliyah after studying in Yeshivat Har Etzion. He went on to receive a BA in law and psychology while simultaneously completing Mizrachi’s Musmachin smicha program. Rav Elad additionally worked in night Seder at Yeshivat Eretz Hatzvi and taught various hachshara programs.

Lani, originally from Sydney, made Aliyah after studying at Midreshet Harova. She went on to complete Sherut Leumi at a primary school for children with special needs, and then completed her BA in occupational therapy at Hebrew University. Lani holds a comprehensive Kallah teacher’s certification from the Eden centre as well as certification as a Ballanit.

They are currently serving as Mizrachi and Bnei Akiva shlichim in Manchester along with their two children Yehuda and Yishai.